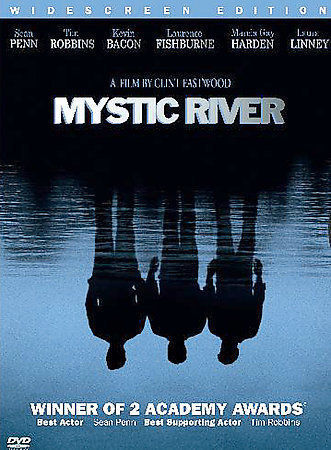 Where to begin with a review of an amazing film?! For starters, the performances. Sean Penn will be up for an Oscar for this movie, and I'd be surprised if Tim Robbins wasn't nominated as well. Imagine a group of the best actors of a generation, getting together to work for...Lire toute la critique

Where to begin with a review of an amazing film?! For starters, the performances. Sean Penn will be up for an Oscar for this movie, and I'd be surprised if Tim Robbins wasn't nominated as well. Imagine a group of the best actors of a generation, getting together to work for one of the best actors of any generation, and that's this movie. The performances are absolutely fantastic all around, from the leads, to the supporting, to even all the kids in the film. As for the story? I loved it. The main plotline involves the murder of Sean Penn's daughter, though we never actually see it happen. What we see is the absolutely devastating emotional aftermath of the heinous crime, and all of those effected by it. Robbins, Bacon, and Penn play boyhood friends who had drifted apart, as boyhood friends often do. The movie actually opens with a young version of Robbins's character being abducted by men pretending to be cops, and taken, as we learn later, to be essentially used as a child prostitute for four days until he escaped. The character (Dave) was obviously scarred after that, and as was often said by the three leads "Dave went away in a car 25 years ago, I don't know who's here now." (something like that) On the night of Katie's (Penn's daughter) murder, Dave returns from a bar very late at night with blood on his hands and a stab wound to the chest. He tells his wife that he was attacked by a mugger, but that he beat the man to what was probably his death. But as clues open up, and the murder is discovered, Dave becomes a lead suspect in Katie's death. But why would he kill Katie? Did he kill her at all? He's still in contact with the family, his wife is cousins with Penn's wife. Why would he do that to a girl who is family? And if he didn't do it, what really happened to him that night? These questions are uncovered by a heartbroken Kevin Bacon (the third friend, who grew up to be an FBI detective) who at first refuses to believe the truth, and is never completely convinced one way or the other until the movie's tragic ending. This is an emotional powerhouse of a movie, which, I can only imagine, gives a lifelike portrait of what murder does to a family, and what lengths those involved will go to in order to solve it. Easily one of the year's best films, and unquestionably among the best performances you will see this, or any, year. 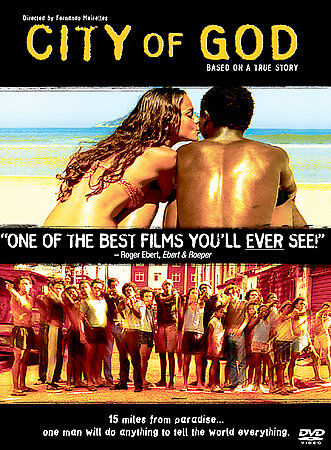 I'm having a tough time thinking of a film I've seen that did a better job at telling it's story. From the opening shot to the last frame, it tells a fantastically powerful story split up into sections. The pacing is magnificant, as each section flows beautifully to the next...Lire toute la critique

I'm having a tough time thinking of a film I've seen that did a better job at telling it's story. From the opening shot to the last frame, it tells a fantastically powerful story split up into sections. The pacing is magnificant, as each section flows beautifully to the next one without missing a beat. And the story? It's hard to beat, and it was TRUE! It's a story following several lives growing up through Brazil's "City of God", which is little more than a slum where all the poor and homeless were herded to keep them away from the more picture perfect Rio de Janeiro. This is a survival story, yet it's completely different than any survival story I've ever seen. It's not a story of one person trying to overcome odds to improve themselves. It's a story of everybody in an awful situation trying to improve themselves through whatever means necessary. And that will only lead to trouble. And trouble ensues. A druglord named Lil Ze rises up through the neighborhood taking control of all areas accept for one run by a man named Carrot. Ze wants to get rid of Carrot, but refrains due to Carrot's friendship with Ze's right hand man Benny. Let's just say that Benny leaves the picture, and a full blown gang war ensues. And that's just the second half of the movie. Everything after the sequence titled "Benny's Farewell Party" is unbelievable in every sense of the word. Unbelievably directed, acted, and unbelievably realistic. Your heart just BLEEDS for the innocent people involved in all of this, and deep down you know that these "horrible" gangsters are just living the only life they know how to live. That was set up in the first half of the movie, starting in the 1960s. It shows how things were run in the ghetto, except without the control of Lil Ze, who at this time was known as Lil Dice. And he was just little. Maybe ten years old at most. He gives his brother and some older friends the idea to rob the patrons of a motel (which in reality is a complete whorehouse) and the results are...well...beyond words. I can't describe that scene without giving away a crucial turning point in the film. All of the moments with "runts" (little kids) are gut wrenching. They want nothing more than to be the gangsters they see with money and power, and twenty years later it's the same way. This is a fantastic film. I could very easily see it taking best adapted screenplay at the Oscars, and frankly I could see Fernando Meirelles sneaking under everybody's radar to grab Best Director. This is good vs. evil to the nth degree. You get the sense that none of these people are truly bad people, they just...don't...know better. How can you fault them for living the only life they know? The only life they are ever given a chance to see? One of the characters plans to leave this life and "live on a farm, have a family, and grow a lot of pot." And let me just say, Benny's Farewell Party is among the best scenes I've had the pleasure to see on film. 10/10. See it if at all possible. 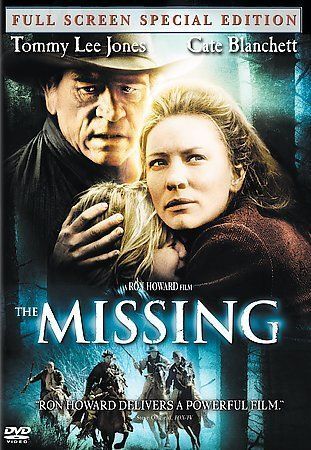 I've heard a lot of people say "if you've seen one western, you've seen 'em all." After seeing a bunch of John Wayne movies, I was inclined to agree. After seeing "The Missing"....I'm still inclined to agree. This is a movie that features great actors giving good performances for a pretty bad story. To be brief about it, Tommy Lee Jones plays the father of Cate Blanchett's character, who shows up at her doorstep years after abandoning the family to live among the Indians. Blanchett has become a well established doctor in 1885 New Mexico, and wants nothing to do with him, or her two daughters, or her sex toy. Blanchett's oldest daughter Lilly, (Evan Rachel Wood) is quite horomonal, and eventually she and her younger sister Dot are accompanied into town by Cate's boyfriend for a "future" show. Along the way, they get attacked by Indians, leaving two people dead, Miss Wood kidnapped, and Dot left screaming in the woods for mommy. In short, Cate enlists Tommy Lee Jones to help track the Indians down and stop them from selling her daughter (along with several other girls) into prostitution in Mexico. Dot, of course, is brought along for the ride since "she would've just followed us anyway" This leads to a couple of pretty intense battle scenes, and a lot of slow moving scenes with little but dialogue designed to try to make us feel for the family. But yet we can't feel for the family, as we know nothing is going to happen to the daughter! There is one scene where she gets loose from her rope, frees another woman, attempts to ride away on a horse, gets caught, and gets kicked and whipped a few times as punishment. Totally not believable, especially with the other stuff going on in that scene, which I won't get into details about. The film is a long journey of close calls, near misses, and poorly written dialogue that leaves you wondering why you should care for these characters. Still, the actors did very very well with what they were given, and Ron Howard, as usual, directed the heck out of this film. There are a lot of very gorgeous shots in this one. It gets a solid B out of me.