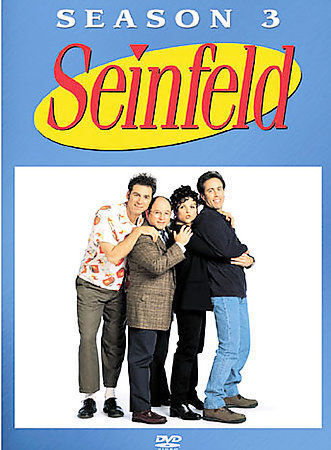 Must see TV picking up steam!!!! 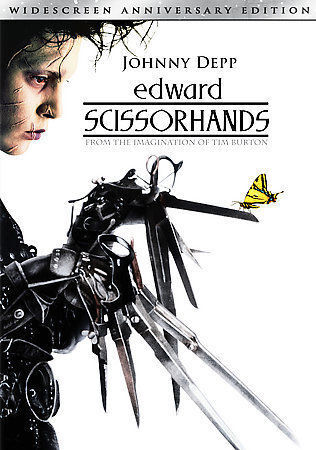 Tim Burton is a strange character, and he has a different sort of mind. But in that mind there is a lot of brilliance. He has brought us a lot of fantasy type movies and movies that make us just go "What was he thinking?". That's definitely not a bad thing as he has given...Lire toute la critique

Tim Burton is a strange character, and he has a different sort of mind. But in that mind there is a lot of brilliance. He has brought us a lot of fantasy type movies and movies that make us just go "What was he thinking?". That's definitely not a bad thing as he has given us gems like A Nightmare Before Christmas, Corpse Bride, Big Fish, and Edward Scissorhands. Edward Scissorhands is a story about a scientist (played by Vincent Price) who makes a boy but dies before he can put the boy's hands on him, so he still just has scissors for hands. Later an Avon lady comes to call on the house where the boy, Edward (played by Johnny Depp), lives. She sees that he is all by himself, so she brings him home with her to live with her family. They find that he is a very shy but talented boy. He can do many different things with his scissors that others can't, like do hedgework, cut hair on dogs and humans, and ice sculpt. But his scissorhands also make certain things for him very difficult, like eating and shaking hands. He is viewed as eccentric for a while, then he is viewed as an outsider and people want him to leave. Edward Scissorhands is kind of parallel for me in my life. When I was younger, a family from Laos moved into our neighborhood. It was a small town with mostly white people. The town hadn't really had an Asian family in their midst before, and many people didn't know how to react. But after seeing Edward Scissorhands, I realized how this movie was similar to that. I got to know an Asian boy from the family who was the same age as me. Like Edward, he was eager to learn about all the things that were going on around him. He was fascinated with things that we took for granted. But he also brought in some culture to me that I had never experienced before like martial arts and other artwork that was native to him. To the few friends he had, he was a marvel. But to most of the town he was weird and an outsider. Sadly, the family left town after a few years, but the impression that he left on me was lifelong. Same thing kind of applies with Edward Scissorhands. He was a misunderstood outsider to everyone except those closest to him, and when he went back to the place where he came from, those closest to him were hurt. I definitely recommend this movie to everyone. It's a comedy, but also a sort of tragic love story at the same time. But it's not too sappy to be labeled a chick flick. It's not a realistic story, but it's a story that shows us the morality of how we should treat others regardless of how different they are.

Aerosmith has been through a lot as a band, and for the most part they have stayed intact throughout their career with the same lineup. Just Push Play, I think is a throwback album, not to their old albums (which I would've prefered), but to their 80's and early 90's albums...Lire toute la critique

Aerosmith has been through a lot as a band, and for the most part they have stayed intact throughout their career with the same lineup. Just Push Play, I think is a throwback album, not to their old albums (which I would've prefered), but to their 80's and early 90's albums. The album starts out with Beyond Beautiful, a pretty rocking song that starts the album out nicely. Next is Just Push Play, which is an excellent song, but this song has some sampling in it (of Walk This Way), so that kind of turns me off. The sampling isn't that big of a deal, though, it's still a great song. Then comes their biggest hit of the album, Jaded. It's a nice uptempo ballad, I guess you could call it, or fast ballad, whatever. I've heard this song several times on the radio (and got sick of it when it first came out), but I bought the album a few years later. When I pop it in now, it actually sounds refreshing, like a lost friend that has come back home (if that makes any sense). I remember actually hating that song (and the radio stations for playing it every hour), but now that I haven't heard it too much recently, I have a newfound appreciation for it. The next song on the album is Fly Away From Here, which didn't do a lot for. It's something that Aerosmith has already done, a slow ballad, but it's actually kind of boring. I don't know, maybe it'll grow on me, but I personally think it's a pretty boring song. Next is Trip Hoppin' which has a melody that kind of reminds me of the Beatles, or a cross between the Beatles and maybe Extreme. I don't know what it is about the song, but it has a Beatles flavor to it, and I prefer listening to this song over most of the songs on the album. Then it's on to Sunshine, which is kind of a throwback song for Aerosmith. It sounds very familiar, it actually kind of sounds like 80's Aerosmith, like it belongs on Permanent Vacation. Kind of reminds me of Ragdoll, very cool. Next is Under My Skin, a mediocre song but it has a really cool guitar solo, but much of the song is orchestrated, and it doesn't suit Aerosmith's style very well. Luv Lies is another ballad, but it actually has a little substance to it, but it also sounds very familiar. It's a pretty good song, but it sounds almost like a ripoff of their own material, like they borrow from Crazy and Tell Me What It Takes. Outta Your Head sounds like Eat The Rich in a few ways, but not quite as good. It has some of the cool grooves to it, and some cool rapping, but it is just an alright song. Drop Dead Gorgeous didn't do anything for me. Light Inside is an uptempo tune that sounds familiar to me as well, like Simoriah from Permanent Vacation. They end the album with Avant Garden, their best ballad from the album, and Tyler's most inspired vocals. Just Push Play isn't a great album, but it's almost a throwback album, you hear a lot of familar things from their past creep in. It's not a bad album either. It's worth having for Just Push Play and Jaded alone, but there are a few other good songs in there. Not great, but definitely good. Aerosmith reinvented themselves in the 80's and have kept the formula that brought them back to the top, and this album is a glaring example of this. It's funny, though. The best songs on the album are the ones that they did something a little different.