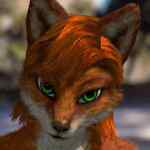 Back in the dark ages when game controllers were simpler and didn't have the ability to give things like haptic feedback, people were confused and amazed when Nintendo released a little add-on for the Nintendo 64 controllers. This add-on was called the rumble pak. This littl...Lire toute la critique

Back in the dark ages when game controllers were simpler and didn't have the ability to give things like haptic feedback, people were confused and amazed when Nintendo released a little add-on for the Nintendo 64 controllers. This add-on was called the rumble pak. This little device both enhanced gameplay and changed the history of video games. Sony liking this so much, would instead internalise it for the new dualshock 1 controllers at the time. We could say the rest was history. However, Sega would take Nintendo's approach to the rumble pack, making it an add-on, and calling it the Jump pack. Unlike Nintendo, Sega had the slight advantage in that there controller had 2 memory card slots where as Nintendo had one. So trying to use a memory card and rumble pack was hard on Nintendo's side. Sega made it easy though, you would put the jump pack in the bottom slot of the controller while the vmu would take up the top slot. The jump pack will provide haptic feedback for most games that support it. It is quite nice and if you are use to a modern controller with a bit of weight to it, this will add a little extra weight to that super light dreamcast controller. If you own a Dreamcast and never played a game with this unit, pick one up, and brush the dust off that Dreamcast and hook this up and try it out. It will bring new like to your dreamcast games.

Perfect for the Nexus player!

If you have a Nexus player and are semi into gaming this controller is well worth the use. It works like any normal controller for the most part. It can also double as a remote of you ever lose the remote that came with the Nexus player. I don't know if it can be used with...Lire toute la critique

Perfect for the Nexus player!

The only reason to buy a sega cd!

This game is what had made me desire and want a Sega CD for a long time. As Sonic fan, this is one of the beat Sonic games out there and worth owning. Gameplay is similar to Sonic 1 and 2 except with a new time travel feature. You can either go to a past version of a stage o...Lire toute la critique

The only reason to buy a sega cd!

This game is what had made me desire and want a Sega CD for a long time. As Sonic fan, this is one of the beat Sonic games out there and worth owning. Gameplay is similar to Sonic 1 and 2 except with a new time travel feature. You can either go to a past version of a stage or a future version of a stage. It does not have tails, it does introduce Amy Rose and the infamous metal Sonic. It's the first Sonic game to introduce full motion video for it's opening and ending of the game. Low 16-bit quality since the Sega Genesis could only output that, but still, it was amazing to see in 1993 for this game. It also introduces an actual cd quality style soundtrack. I own the US version of this. The soundtrack is majorly different compared to it's Japanese and European mega cd counterpart. The Japanese and European soundtrack is superior, however the American one isn't bad. A minor nitpickickings I have is that it uses Sonic 1 sprites instead of Sonic 2 sprites. But then this was made by Sega of Japan and not by Yuji Naka and the Sega Institute of California. Not a big deal, just a nitpick. This game does require the actual Sega CD and a Sega Genesis If in europe or Japan you need a mega cd and a megadrive. However if you don't want to spend the money on the Sega CD Genesis and the original Sega CD game, the game has been republished over the years. Part of the Sega pc brand for Windows in 1996, included in the Sonic gems collection for the PS2 and GameCube in 2005, and enhanced ports in the early 2010's. The enhanced port is probably the best version of this game to own at this point, developed by indie developers at Christian Whitehead, and fully backed by Sega, the enhanced port offers full 16:9 aspect ratio over the originals 4:3 aspect ratio. It is full HD quality, this includes the Full motion video opening and ending. Both are the original hand drawn videos as they were meant to be seen. Not degraded down to what only the Sega CD and Sega Genesis could handle. It makes Tails a playable character (after you beat it of course.) You got choices on the spindash, either the games original spindash or the Sonic 2 style spindash. Best option here is the choice of soundtrack. Either the US version or the original Japanese and European soundtrack. Minor nitpick though is that on the original Japanese and European opening FMV's audio, the original had an actual song that felt like a hybrid of hip hop and jpop. The enhanced version of the game lacks the song and only has the music. A shame but a nitpick none the less. Do I recommend the game? Hell yes!!! If you are a collector and have a Sega CD, buy the original game. If your a collector of PC's and like old school windows get the Sega pc version. If you got a PS2 or a GameCube, get the Sonic gems collection. If you have Xbox live, psn, iOS, windows phone, Android, apple tv, or steam, get the enhanced port. No matter what version of the game you buy, it's a worthy Sonic game for anyone to have in there collection. Try it out, I bought the enhanced version a couple years back on Android for like $3-4 usd. later got a steam copy for about $6 usd. Now I've payed about $30 something us for an original Sega CD version and I couldn't be happier.