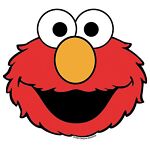 For whatever reason, when I "wake up" this mouse it would vibrate, and initiate a "go back" on google chome. It's extremely annoying, and I have no idea why it does this, and how to turn it off. 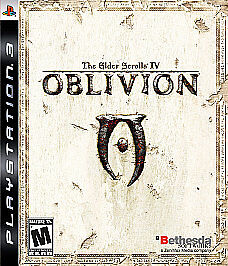 Must Have, Even for the Non-RPG lovers

In my opinion this game should be everyone’s first Playstation 3 game. This game will keep you occupied for a minimum 200 hours. Especially since there are not many “decent” games released for the Playstation 3. I have friends who played the 360 version, for over 150 hours ...Lire toute la critique

Must Have, Even for the Non-RPG lovers

In my opinion this game should be everyone’s first Playstation 3 game. This game will keep you occupied for a minimum 200 hours. Especially since there are not many “decent” games released for the Playstation 3. I have friends who played the 360 version, for over 150 hours and are still not close to finishing the game. However do not be discouraged from the hours; it’s a really fun game. Personally I dislike RPG games, such as Final Fantasy, however Oblivion is different. It’s not repetitive, and does not take forever to walk to one place to another (aka Final Fantasy). You can view your map and basically go to a “location” meaning a house or building, not anywhere on the map. However this is good enough to get you from city to city. Another great feature is that you can fast forward the game by going to sleep. Each hour you sleep is couple of seconds in real time. So if you need to be somewhere in a delayed time, you don’t have to just wait around, which you have to do in similar games. The game’s detail is mind boggling, considering how large the game is. The best part is that the loading time on the Playstation 3, is not much, it loads as you walk, unless you walk into a building. Even that, it takes a couple of seconds to load. Positive - Amazing Graphics - 200+ hours of game play - Great even for the non RPG game lovers - Play the game “your” way, meaning you will not finish the game the same way your friend did. - Not as repetitive as you think it is - Quests are unique and all different Negative - Picking up items sometimes gets you in trouble, and you have to go to jail. There is no way running away. - Lock picking is annoying, (you have to pick locks to get through certain doors and treasure boxes) - On the box it says you need 4GBs of space on your hard drive to play, if you have a 20 GB PS3, that 20% of your hard rive space. - Nothing else comes to mind, other than Oblivion is more expensive then the regular Playstation 3 game. (Reviewed on April 07, 2007)

Pros: To be serious there is no real pros in having the ViewSonic NextVision N4200w 42 in. LCD Television compared to any other television. I’m not really going to waste time in writing about the television, most people talk about how wonderful the product is, but I know mos...Lire toute la critique

Pros: To be serious there is no real pros in having the ViewSonic NextVision N4200w 42 in. LCD Television compared to any other television. I’m not really going to waste time in writing about the television, most people talk about how wonderful the product is, but I know most people don’t care; people are interested in the CONS sellers don’t want to tell you. You already know the “stats”/ description / details. All im going to say is everything it “says it can do, it does it.” Cons: - Really stupid remote. When I first opened the box I immediately noticed the really “cheesy” remote. It’s similar to a remote you can find at the dollar store or flea market. Not much effort was made in producing it. This isn’t really my complaint; there is two serious annoyances from this remote. 1.The Viewsonic is NOT compatible to any “universal” remote you have. The user manual does not provide any “codes” so that you cant set up your universal remote. The only way I believe you can use a universal remote is if it can detect the signal and imitate it. If you don’t have such hardware you’re stuck with a cheesy remote that doesn’t feel real. 2.The original remote not only feels like junk; you have to point directly to the receiver. Like you literally have like a 20-30cm radius around the receiver of where you have to point the remote. And the receiver it self is only around 2cm squared. - For some it doesn’t matter, but for me, it’s quite annoying that the television cannot change channels to a standard “cable” for normal television. This isn’t going to be a problem if you have satellite or a “cable box” whatever your cable company provides. - The television has a lame red and green light bulb indicating if the television is turned on and turned off. - There are no zoom functions of the television. - Bass is fine, but if you want to boost the sound on your movies and you want to hear a “thump” in your sound, the “thump” isn’t that impressive. If you don’t have surround sound, sound quality probably isn’t a problem for you anyways. But for those who like their sound, they probably already have surround sound. Use it. Overall there isn’t anything CONS about this product, in general it is a good product. I will be using it for a long time.