We are two parents from mississippi that collect old school games with our children. As we have been collecting a while we have accumulated alot of extra games and systems that we will be bringing to ebay at great low prices! 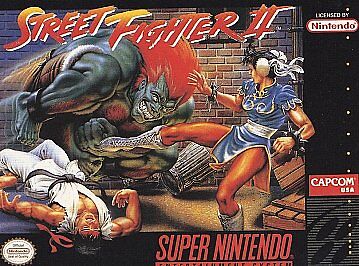 Street Fighter II follows several of the conventions and rules already established by its original 1987 predecessor. The player engages opponents in one-on-one close quarter combat in a series of best-two-out-of-three matches. The objective of each round is to deplete the op...Lire toute la critique

Street Fighter II follows several of the conventions and rules already established by its original 1987 predecessor. The player engages opponents in one-on-one close quarter combat in a series of best-two-out-of-three matches. The objective of each round is to deplete the opponent's vitality before the timer runs out. If both opponents knock each other out at the same time or the timer runs out with both fighters having an equal amount of vitality left, then a "double KO" or "draw game" is declared and additional rounds will be played until sudden death. In the first Street Fighter II, a match could last up to ten rounds if there was no clear winner; this was reduced to four rounds in Champion Edition and onward. If there is no clear winner by the end of the final round, then either the computer-controlled opponent will win by default in a single-player match or both fighters will lose in a 2-player match. After every third match in the single player mode, the player will participate in a "bonus game" for additional points. The bonus games includes (in order) a car-breaking event similar to another bonus round featured in Final Fight; a barrel breaking bonus game where the barrels are dropped off from a conveyor belt above the player; and a drum-breaking bonus game where drums are flammable and piled over each other. The bonus games were removed from the arcade version of Super Street Fighter II Turbo (although they're featured in the Game Boy Advance version). Like in the original, the game's controls uses a configuration of an eight-directional joystick and six attack buttons. The player uses the joystick to jump, crouch and move the character towards or away from the opponent, as well as to guard the character from an opponent's attacks. There are three punch buttons and three kick buttons of differing strength and speed (Light, Medium and Heavy). The player can perform a variety of basic moves in any position, including grabbing/throwing attacks, which were not featured in the original Street Fighter. Like in the original, the player can perform special moves by inputting a combination of directional and button-based commands. Street Fighter II differs from its predecessor due to the selection of multiple playable characters, each with their distinct fighting styles and special moves. Unintentionally, a 'bug' in the games code enabled the player to 'cancel' during the animation of some moves by performing another move, allowing for a combination of several basic and special moves. The 'combo' system all fighting games would subsequently use as standard was, in fact, entirely accidental. Both of these features would be expanded upon in subsequent installments. 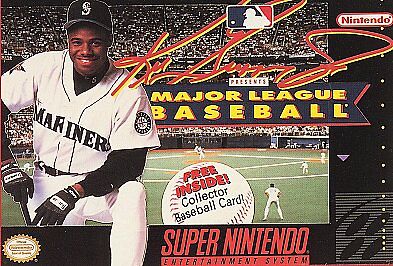 Ken Griffey, Jr. Presents Major League Baseball is a Super NES baseball game that was released in 1994. The game has a Major League Baseball license but not a Major League Baseball Players Association license, meaning that the game has real stadiums and real teams, but not real players. The imaginary players have the same statistics as their real-world counterparts, and the game comes with a name-changing feature that allows players to change the athletes' names. Nintendo released a portable version of the game in 1997 for the Game Boy with real players and stats from the 1996 season. The gameplay is similar to its predecessor's, though it is sometimes sluggish due to hardware restrictions. The SNES version came with a promotional Ken Griffey, Jr. collector's card packed inside.[1] 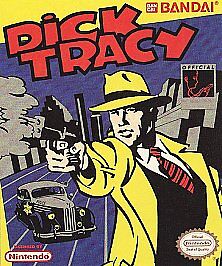 Bandai released their version of Dick Tracy in August 1990. The objective is to solve several mysteries without accusing the wrong person or shooting too many unarmed villains. Each level starts out with a case to solve, and some possible clues. The player drives Tracy's ve...Lire toute la critique

Bandai released their version of Dick Tracy in August 1990. The objective is to solve several mysteries without accusing the wrong person or shooting too many unarmed villains. Each level starts out with a case to solve, and some possible clues. The player drives Tracy's vehicle through the city, avoiding snipers and other cars, to various locations mentioned in the clues, where the action shifts to a side-scrolling adventure game. If the player goes to the right location, he will find, during the course of his side-scrolling fighting, a clue icon that provides additional clues for the case, or the player will be able to speak with a character from the comics who give clues. There is one car chase in each level. Once the player has collected enough clues, he can drive to the location where the perpetrator is and arrest him. In the side-scrolling mode, Tracy can jump, duck, punch, shoot from his pistol or collect more powerful weapons (with limited ammo). These include full-auto Tommy Guns and tear gas, the latter of which eliminates all on-screen enemies. If the player shoots unarmed crooks, then some of life energy is lost. The game provides two ways to restore health. One, if the players is down to 1/2 a life point, he can visit one of the police stations and recover an additional half-point. The second requires a "first-aid", an icon found in some levels that looks like a heart,and is used by pressing B and Select at the same time. The game is considered very difficult to win, but there is a password feature to help players continue at a later time, as the game does not have any extra "lives" or "continues."