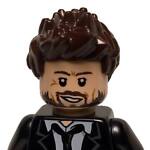 I own and have played Star Trek Armada, Armada II and Star Trek Legacy and by far Star Trek Armada II is the best of the bunch. If you like Star Trek and you like RTS this is the game for you. Not only does it provide all of the familiar aspects of the Star Trek universe (ships, stations, races) but it is also one of the easiest games to MOD ever created. And Armada is even easier. If it does not do what you want it to then make your own map, modify the ships or even make your own ships (of course model making is far more difficult than merely tweaking existing attributes). This is an excellent game which is well worth the cost. 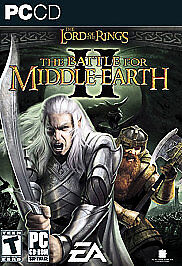 First, there are three RTS games available from EA Games under the title Battle for Middle Earth. The first, Battle for Middle Earth, is good but frankly if you like playing evil it is not worth the price. The second, Battle for Middle Earth II is excellent and is the topic of this review. Play the Witch King of Angmar mounted on a Fell Beast or dismounted and wielding his mace. Take a Nazgul out for a ride and use his Morgul blade to turn a hero into a wraith (lots of fun). The second improves upon the first retaining the voiceovers from the Peter Jackson films but allowing one to build anywhere, construct walls (save of course of you play Mordor who still cannot construct walls) and to build a central fortress which at its height is quite formidable. It also contains a wider array of races including elves and dwarves while the original provided only Gondor, Rohan, (combined in II as "men") Mordor, and Isengard. One can play on an array of maps including most of the primary strongholds such as Helm's Deep, Minas Tirith, Minas Morgul, Isengard, and even the Black Gates of Mordor. But the best part is the ability to locate and capture the one ring. Find Gollum jouncing about, kill him, claim the ring and take it to your fortress and you can purchase a ring hero; for good Galadriel and of course for evil the dark lord himself, Sauron. Each is quite formidable although not impossible to defeat. If defeated one can take the ring and then make use of it. The game still retains a War of the Ring Campaign although it is now an interactive game with an opposing AI which will not simply defend against attacks but initiate attacks on the world map attempting to take back lost ground (in BFME the computer merely allowed you to slowly move accross the map defeating location after location). This is an awesome game and an absolute must for one looking for a good RTS who loves LOTR. Cons: There are a few issues one should be aware of. The good heroes have a wider array of powers than the evil ones and as a result are a bit funner to play and the online multiplayer engine is a bit of a bear to deal with for setting up private games with friends but these are minor issues compared to the problems with the original Battle for Middle Earth. Helful Hints: Nazgul on Fell Beasts are suckers for arrows, especially Elven arrows or those of the Ithilien Rangers (especially fire arrows). If you are playing the Witch King dismounting him makes him quite formidable plus he can blitz a unit in 3 hits. If you have a bunch of Nazgul on horseback do not take them into pikemen they will die horribly. Dismount them and then take on the pikemen as it changes them from calvalry to infantry and makes them very effective against pikemen. The opposite is true for standard Gondorian soldiers and archers, ride them down. Always allocate someone to finding the ring. 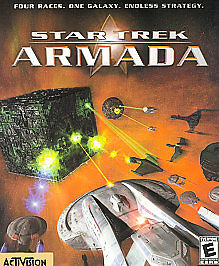 To boldly go where no one has gone before...

If you are a trekkie or simply love the Star Trek universe and the things associated with it this is the game for you. Obviously it is inferior to Star Trek Armada II but it also has some distict advantages. The first is cost. You will pay a mere pittance for Armada (somewhe...Lire toute la critique

To boldly go where no one has gone before...

If you are a trekkie or simply love the Star Trek universe and the things associated with it this is the game for you. Obviously it is inferior to Star Trek Armada II but it also has some distict advantages. The first is cost. You will pay a mere pittance for Armada (somewhere between $5-15 plus shipping is average) while Aramada II can run upwards to $100 dollars. Second, both games can be modified or modded (in fact, they use what's called an object definition file [ODF] which uses plain text attributes to define ship stats--please make sure you know what you are doing or you will need to reload your game). Third, the simplicity of this game and the greater array of free tools for it make it easier to mod than Armada II. However, if you are not interested in modding it is simply a fun game. Command the USS Enterprise-E (Sovereign Class), the USS Avenger (Defiant Class) and many other familar ship classes. NOTE: this game does not contain a buildable Galaxy Class or Intrepid Class [USS Voyager] at all however it does contain many others. If you can afford Armada II it is most definately the better game but for the cost Armada is excellent.