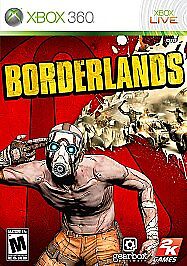 Borderlands as gone for a obscure and some would say sticky middle road, not a deep emersive role playing game nor a adrenaline filled shooter. Many have praised it for taking this path, many have laughed at what they believe to be a ridiculous concept. Music: First of the...Lire toute la critique

Borderlands as gone for a obscure and some would say sticky middle road, not a deep emersive role playing game nor a adrenaline filled shooter. Many have praised it for taking this path, many have laughed at what they believe to be a ridiculous concept. Music: First of the games theme music is flattering not only to the art style but also the game play, words like "aint know rest for the wicked" jingle in my head each time I unload a clip to remove yet another poor being from obstructing my chosen path. Art: Now 2k Games made a big deal about this, they advertised alot of footage to show off there new style game. I however do feel they were just trying to hit another reason why this game is different from the others. Its graphics feel dated and the art style seems to be a cover up for lazy details. That said, it grows on you. By the time you finish your first 4 hour session you will have completely forgotten that its any differently graphically to any other game you've played. Gameplay: This is the core, the heart, the soul of Borderlands. Things like experience popping up on the screen after a kill (much like COD multiplayer) keep you looking for kills, bold read letters of "Critical Hit!" keep you aiming for the head and the "87 Bazillion guns" keep you looting the bodies that drop. For those of you who love leveling up characters, this will keep you entertained... for a while. But thats all part of my final section. The Moan: RPG... Now it's a regularly used term and there are many titles that cling onto the 3 sacred letters to try and project an image of real depth and days of exploring. Borderlands unfortunately does not have real depth. There is no great area that will take you more than a couple of hours to explore, there are no great choices that will spin the game. And to be completely honest there is no significant story, you get no details on a history behind the character you have chosen and there is little detail given to why some people help you to your goals and why your even so eager to get to the conclusion of the story. And unfortunately you shouldn't hurry to there end. Its very disappointing! Conclusion: With creating a game completely different in a time surrounded by well founded sequels (Left 4 Dead 2, Assassins Creed 2, Modern warfare 2) there is always going to be people who ignore it, people who hate it and people who class it as a hidden gem. I can safely declare myself in the latter crowd cheering on the mighty folk at 2k Games. They have put a new franchise out and have already declared that there will be more. I personally can't wait. Simply put: This game is a great piece of co-op fun. 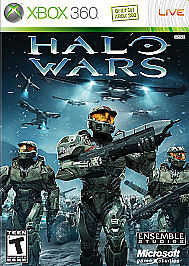 This in my opinion was not the greatest game ever, but it is one of my favorite. Why is it my favorite you ask? Well, the controls are great, the simplicity of the gameplay is extremely entertaining and the online multiplayer is highly addiciting (although not as addiciting ...Lire toute la critique

This in my opinion was not the greatest game ever, but it is one of my favorite. Why is it my favorite you ask? Well, the controls are great, the simplicity of the gameplay is extremely entertaining and the online multiplayer is highly addiciting (although not as addiciting as COD of Halo 3). It is not the perfect game considering that there are some graphical issues, the covenant seem a wee bit overpowered and that the single player campaign could've been longer. SINGLE PLAYER CAMPAIGN You are... not the master chief. You a multitude of characters. a gruff sergeant, a sassy scientist, the ol veteran and A HELL LOAD OF OTHER UNITS. The game takes place before the first halo where you are at the planet Harvest. It takes you 5 years to retake it (as said in the narrative). Yup! So you go to fight the covenant, flood and sentinals in an all out war between good against evil. Dont mind my description because I don't want to spoil anything. Short but Sweet is the proper term to call this campaign. The CGI cutscenes vividly show the events that happen between the missions. Now although you only get 15 missions with about 5-8 hours of playtime alltogether, there is a lot of variety between the missions. Plus, ONLINE AND SYSTEM LINK COOP. High replay value for the campaign. MULTIPLAYER Fret no more! Help is on the way! That's the thought that will be racing through your headset as your fight your 3v3 matches. The multiplayer is highly addictive and one of the strong points of the game. Lots of maps to choose from each being not entirely the same. Field environments change the course of the gameplay and chatting with your friends about strategy over xbox live gets you in the hype! Pooling resources and sending support units really get you into the game. AWESOME MULTIPLAYER!!! SOUND Great! DUH. This game's music is probably one of the best in the game biz. It really recapture the HALO feel.AWESOME. GRAPHICS A few graphical issues there and there. The units don't have much detail to them and they just look pretty plain. The CGI cutscenes on the other hand are amazing! Why don't they just make a CGI Halo movie? Graphics are still pretty damn good. STATEMENT Awesome game all and all. Not perfect, but its just right. Halo game within the rts or rts within the halo universe. My opinion is that its a Halo game within the rts because the controls and gameplay is simple just like the first halo and the feel is more HALOY. Definatly aimed toward a new audience for rts and halo fans. If your a hardcore rts fan, it might be too easy for you. but still give it a go. Youll probably like it! score-8.5 graphics-8.0 sound-9.3 controls/gameplay-9.3 multiplayer-9.8 chicken?-1000000000000000 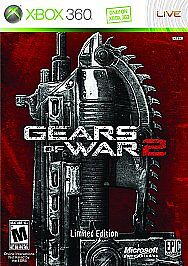 It takes a talented developer to make a truly outstanding game. It takes a more talented one to make an even better sequel. So when websites began to state that “Gears of War 2” would simply be “more of the same”, some people may have felt disappointed, and yes “Gears of War...Lire toute la critique

It takes a talented developer to make a truly outstanding game. It takes a more talented one to make an even better sequel. So when websites began to state that “Gears of War 2” would simply be “more of the same”, some people may have felt disappointed, and yes “Gears of War 2” is more of the same. Now add in the fact that the original “Gears of War” is one of the five best games I've ever played, and “more of the same” suddenly doesn't seem like such a bad thing. So now let's also add that “Gears of War 2” demolishes the original in every single aspect, and what are you left with? I don't think there's a word yet to describe it. “Gears of War 2” begins several months after the events of the first. The Delta squad lead by Marcus Fenix struck a crucial blow to the Locust horde by detonating the light-mass bomb in their underground networks. Yet now the Locust are back and they've brought something with them that is capable of sinking entire cities into the planet. With their backs against the wall humanity launches a last ditch effort to end the war by burrowing into the planet's surface and taking the fight directly to the Locust. “Gears of War 2” puts a much heavier emphasis on story telling than the original did. The result pays off in grand fashion mixing in equal parts of grandiose and personal themes. There's plenty of compelling secrets revealed about the mysterious Locust horde and their origins, which only compelled me to play more. As mentioned the core gameplay is more of the same, but everything has been enhanced. The weapons are more effective, the enemy and partner A.I. is more aggressive and the cover system is more responsive. Just as in the original you will again need to be taking cover, peeking out to take your shots before ducking back down again. The cover system feels tighter this time around and you won't find yourself sticking behind objects you weren't intending to utilize. The biggest and best new addition is the ability to grab wounded enemies and use them as a “meat shield”. This might not seem like a noteworthy addition but I cannot even begin to count how many times I have used this to escape a tight spot. Epic Games has also included “stopping power” to its firearms. No longer can players effortlessly run through a hail of bullets towards cover; now, every bullet that hits not only slows your character down but also staggers him. This helps make the game far more strategic and forces players to take things slowly instead of rushing every opposition. The grenades have also been given a hefty facelift. A new “ink” grenade has been added that explodes into a ball of poisonous gas. The previously useless smoke grenades now not only emit smoke but knock any nearby enemies off their feet. Grenades can also be stuck to walls and used as proximity mines for approaching enemies, an invaluable tool in keeping foes from sneaking up behind you in large rooms. Graphics- 10 Gameplay- 10 Sound- 10 Overall- 10