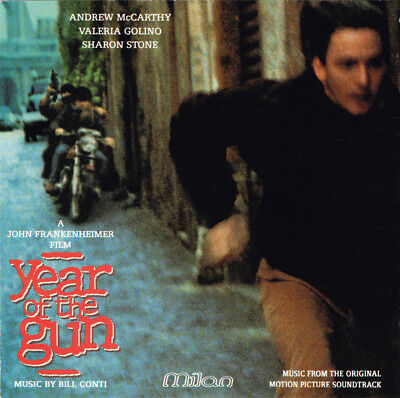 Night of the Running Man

This film may not be the best in some cases, but I think that Mark L. Lester’s "Night of the Running Man" has some unique and unforgettable moments. The cast is not so noticeable, but for a DTV - direct-to-video - release, I would consider issuing a letter of recommendation....Lire toute la critique

Night of the Running Man

This film may not be the best in some cases, but I think that Mark L. Lester’s "Night of the Running Man" has some unique and unforgettable moments. The cast is not so noticeable, but for a DTV - direct-to-video - release, I would consider issuing a letter of recommendation. You have Andrew McCarthy playing a typical Cab Driver in Las Vegas named Jerry Logan; he finds a million dollars in his cab after a wild car chase which makes him an unofficial millionaire. Meanwhile, a ruthless mafia member notices what happened to the money, so they resort to their elite hit-man, David Eckhart, played by Scott Glenn. He tracks down Jerry at some point, but Jerry manages to get away, which ultimately starts a streak of luck for him. However, David runs into Jerry at an airport and thinks he has the upper hand... only to learn that Jerry would simply manage to get away. He disguises himself to buy him some time, though it does not work; yet, thanks to an aid for the blind, Jerry gets away... AGAIN. However, Jerry runs into BIG trouble, as a cab driver in whom he depends on is actually an accomplice of Eckhart named Derek Mills, played by John Glover. He takes Jerry over to his mansion, where he issues him a sudden case of scald-foot, as he submerges his feet in scalding hot water. But thankfully, the very person - Mills - responsible for issuing scald-foot to Jerry falls asleep, so Jerry, despite being in great pain, slowly gets up, knocks Mills out with a dumbbell, and crawls away with the money. He then ends up at a hospital, where he is greeted by a nurse named Chris Altman, played by Janet Gunn. She helps him get away, considering that Jerry would pay her for it, and because David is in the same hospital. The two hide out in a hotel, but David - with the help of Derek, who was also in the hospital - finds them at the same hotel. However, with the help of Chris, the two get away and hide out in Chris' house. Then, the two get to know each other a little more; a few seconds later, this would lead to, you know… The next morning, David appears at Chris' place, but Jerry makes a deal with him; he offers David half the money so he can go away. Yet on that very night, Jerry, Chris, David, and Derek end up at her house and make plans of their own. Jerry then explains what he really intended to do, which was to kill David. After a lack of cooperation by Jerry, David orders Derek to literally beat the life out of Chris. Before getting the money, David kills Derek for failing to keep Jerry within his reach. David then tells Jerry to get the cash This leads to the "big," yet unreasonable, confrontation... David is just about to kill Jerry; however, Jerry officially lucks out; he finds a two-by-four and literally "nails" him. Then, Chris and Jerry blow up both Derek and David, drive off with David's car, as they burn Chris' car, and order tickets to Rio. As a side note, this film also featured Wayne Newton as an owner of a casino named August Gurino. However his performance for “Night of the Running Man” was dark and mysterious. Despite some flaws, I have to give this film a 5; it has that rare blend of original action, some romance, and a touch of humor; not to mention the amazing musical composition by Christopher Franke, as it contains symphonic and electronic elements. Overall, I would seriously recommend this film to any fan of action films, or at the very least, any fan of films directed by Mark L. Lester! An R-1 DVD would be nice someday. 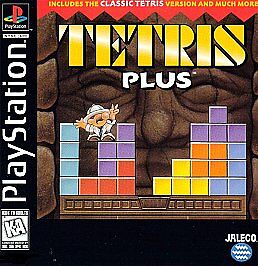 "Tetris Plus," one of many ideas inspired by the original title game itself, is truly an fairly interesting game; whether you are bored and wish to test your brain on a typical Saturday night while everyone else is clubin', drinkin' or smokin', or if you wish to have an excu...Lire toute la critique

"Tetris Plus," one of many ideas inspired by the original title game itself, is truly an fairly interesting game; whether you are bored and wish to test your brain on a typical Saturday night while everyone else is clubin', drinkin' or smokin', or if you wish to have an excuse to make a financial wager with your friend(s) knowing that you may be at full risk of losing your allowance money, this 1996/1997 adaption of "Tetris" is just the game for you. Unlike the original title game itself, 'Plus' features three additional game modes normally not in the original, and here they are: 1) This version's central theme is to guide a fairly animated professor towards the goal at the bottom of each level; all you have to do is clear blocks from the screen, or as I like to call it... play Tetris. This is the "Puzzle" mode. 2) You get a pretty cool "VS." mode, in which two players - by making combos of doubles, triples and tetrises - must kill the opposing professor as a result of forcing him to the ceiling, or by clearing the blocks on your side allowing the professor to reach the goal at the bottom. 3) The latter, yet weakest, mode of them all is an "edit" mode, where you get to create custom levels in which you may try to beat, or have your friend(s) try to beat. Sure there may be a slight imperfection or two in this classic PS-1 game - particularly the "main menu" music, aside from the rest of it, and the professor saying what sounds like "oooouch" instead of what should be "ouch" when he falls a long distance - but this game is nevertheless a great treat for family and friends... and you of course. Overall, "Tetris Plus" deserves an A- from me; a reasonable grade for a more than reasonable game. -Al