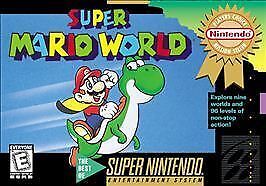 I'm nearly 30 years old, and I recently re-bought this game because it has incredible re-play value and is great fun. I had a brother and a sister, and we had several video games growing up; but as we began to get through high school and spend less time playing video games,...Lire toute la critique

I'm nearly 30 years old, and I recently re-bought this game because it has incredible re-play value and is great fun. I had a brother and a sister, and we had several video games growing up; but as we began to get through high school and spend less time playing video games, we sold our systems and games in the late '90s. A few years ago, I got myself another SNES, and I have since acquired what I feel are the top few SNES games released. This is one of them. It is one of a few games that carves an unforgettable niche in a young player's memory. The graphics are colorful, vibrant, and inviting. The music is lively and, for the most part, stays fresh. I find myself walking around humming the tunes to myself, now that I've been playing the game again. The control with the original Nintendo control pad is outstanding. Modern systems and games do no better than the level of control coded into this classic. The slightest nuances of how long and how hard you press a face button (A, B, X, Y) or a directional button are precisely reflected in the ways that Mario, Yoshi, and Luigi interact with the worlds around them. Worlds is right. One of the reasons this game is so memorable and re-playable is that it is brimming with a variety of levels and worlds. There are numerous hidden levels, found through secret doors in the levels along the main path. There are secret paths through the stars, allowing quick access for experienced and adept players to the end of the game. Early levels are easy, but late levels are quite difficult. The challenge is probably just about right, though. Some spots demand practice, but are not really impossible. The challenge levels of the game are another thing that make it great. The designers did this right. They did a great job with the level designs, as well. Levels are varied, presenting a wide assortment of challenges, roadblocks, and puzzles throughout the colorful world. They never seem to become dull, with new designs springing up every other step. The music CAN become repetitive, however - if one plays the game hours a day. It's one thing about this game that ensures I don't devote too much time to it (which is good). Another occasional complaint is when a challenging level sticks its menacing head forward, preventing my pass. Sometimes, a level just has my number for a while, and that can be frustrating; but a game that is TOO easy is worse, and has LESS replay value. A challenge is a must for a game to demand for you to come back to it after years and years, and after having beaten the game in the past. I feel that the Super Nintendo has been the greatest home video game system released for its time. It lacks the colossal processing and memory capabilities of today's machines; but for its time, its games were more fun and more playable and more RE-playable than games of today. Developers had to DEVELOP their games, instead of simply selling re-vamped graphics engines year-after-year. In that early gaming world, Super Mario is among the best. Its graphics and sounds appeal to all ages. The levels are exciting, adventurous, and appropriately challenging. Unlike Mario games before it, it allowed players to save their progress in an expansive setting. It's huge, and its fun. You can become a giant; ride a fire-breathing, flying dragon; and defeat shelled beasts of almost countless varieties - and you can encounter staples to the Mario universe that were first seen here. Truly a great. 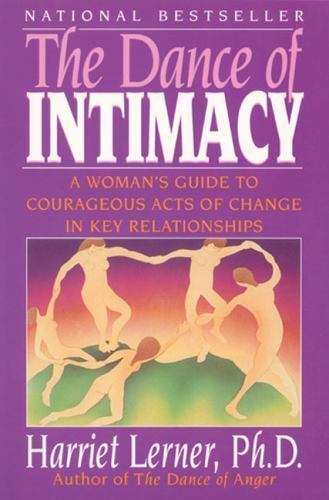 The Dance of Intimacy : A Woman's Guide to Courageous Acts of Change in Key Relationships by Harriet Lerner (1997, Trade Paperback, Reprint)

Quite Helpful - Give it a Legitimate Chance

This book was helpful to me. Ultimately, the author seeks to show to readers how anxiety (underground or on the surface) within our relationships with members of our family of origin (parents and siblings) contributes to anxiety in other aspects of our lives - such as with ...Lire toute la critique

The Dance of Intimacy : A Woman's Guide to Courageous Acts of Change in Key Relationships by Harriet Lerner (1997, Trade Paperback, Reprint)

Quite Helpful - Give it a Legitimate Chance

This book was helpful to me. Ultimately, the author seeks to show to readers how anxiety (underground or on the surface) within our relationships with members of our family of origin (parents and siblings) contributes to anxiety in other aspects of our lives - such as with significant others or loved ones. In my mind, as I was reading, the author's arguments reflected accurately my own experiences - though I did not see the connections between my own life and the author's arguments prior to reading the book. I just finished it a few days ago, having borrowed it from a friend. I have since bought this copy on eBay and another copy in a store here in town. One will be for me; the other, to loan to friends or family. The book has been met with some strong popularity among people who are actually willing to read books which encourage people to reflect critically on their selves and on their families. I felt that the author took about the first half of the book to build up to her points before I was convinced - but that's what solid arguments do, when they're asserting something that is not intuitive, obvious, or necessarily easy to accept. If you give this book a go, you will likely need to read up to and including the last two or three chapters before you feel that the reading experience has been enlightening or helpful. Prior to that, you are reading a lot of preliminary suppositions and supporting data. It will all come together just before the end - but the last two or three chapters were, for me, quite a joy to read. I will hang on to this book (I bought a signed copy!). I will read it again, cover to cover; and I will also likely refer to the book from time to time with or without reason, opening to some mostly random page between the covers to see if anything special jumps out at me as I read a page or two. It seems to me, though, that the book is at its best when read from beginning to end. Some books in the same broad genre as this one I have been able to simply open to some page in the middle and read something which proved to be remarkably helpful to me at that moment in my life. This book is more of a long, elaborate, but convincing argument than a collection of anecdotes or something. It is intelligently written, thoughtfully written, and likely contains a great deal of truth for pretty much everybody alive in our time and place. 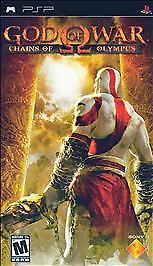 This is an area- or level-based action game, with heavy emphasis on the experience of combating powerful, fantastic enemies as a super-advanced mythic-style warrior, who gains the use of magic spells and magic items to aid in the fights. Your character's primary attacks use ...Lire toute la critique

This is an area- or level-based action game, with heavy emphasis on the experience of combating powerful, fantastic enemies as a super-advanced mythic-style warrior, who gains the use of magic spells and magic items to aid in the fights. Your character's primary attacks use short, curved swords which have the ability to extend (on chains) to great lengths as the wielder swings them in wide arcs, with the ability to catch numerous enemies with each swing at a variety of ranges. Don't worry: despite this uber fighting ability, the enemies normally take at least a few hits each to put down - and most of them take more than a few - and most have some sort of defense or otherwise an ability to attack 'through' being hit themselves. Combat is balanced quite well - as it should be in a game with one or two precursors having been produced before it - so that you feel that you are playing a very, very powerful warrior with incredible, fantastic fighting abilities and the ability to destroy many foes at one time, while the enemies - and groups of enemies - are powerful enough to put up a decent fight of their own and ensure that you don't get too carried away with enjoying your own abilities, but that you must actually put effort into avoiding your foes' melee, ranged, and slightly magical attacks, as well. This balance, and this feeling of being immersed in the middle of high-end mythical combat, are what this game is all about. So long as you are able to survive each action-combat sequence, you are generally rewarded with a clear and obvious means of fully restoring your character's health - and, I think, magic - after all the foes are vanquished. The sources of these restorations may not always be immediately present, but, so long as you are patient enough and brave enough to forge ahead despite, often, low levels of health, you will find them eventually, and before the next major combat sequence. This touches upon another quite well-designed balance within the game. The only reason to play this game is for the quasi-adrenaline rush of the intense and meaty combats, but the game paces itself with periods (sometimes sort of lengthy) of quiet, peace, and relaxation. These scenes provide players the opportunity to sit back and enjoy the environments a little - which are generally pretty artfully and beautifully done, to search for hidden coves and treasures, and to explore the areas a little bit. This slow-down of the action will feel quite welcome following an intense 5 or 10 minute, epic battle scene. These slow moments (and some moments when you are being shot with arrows, as well) are often used by the designers to add a puzzle element in the game, allowing the player to use her or his brain in a different - if not entirely demanding - way. The puzzles sometimes feel like miniature versions of the old-school MYST material, though they are not nearly as complex. They're a nice little activity between combats, but are nothing to get excited for. Those that stump for a few extra minutes produce frustration more than satisfaction once the solution is discovered and the player realizes that it was a stupid matter of pressing the proper face button at the spot she or he stepped on a dozen times before, having recognized that spot's visible and obvious importance. It's not the best game ever, but it's a good title for an occasional portable play. Several difficulty levels and multiple challenging mini-games help the game's longevity.