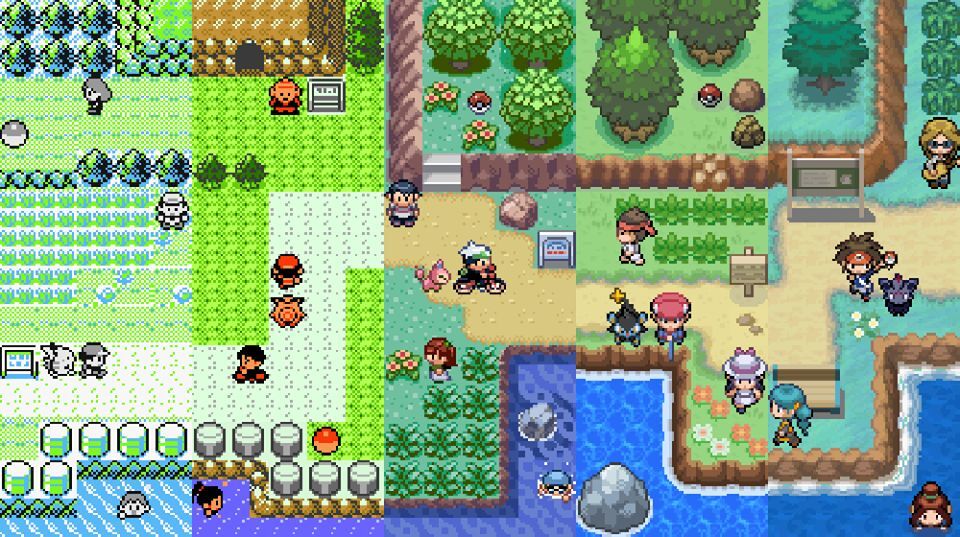 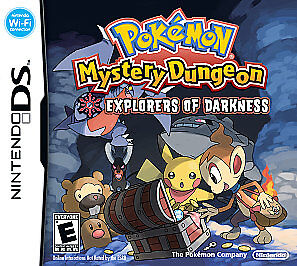 The Mystery Dungeon series is a franchise that's been going on since the days of the Super NES – just recently Sega released a remake of one of the original Mystery Dungeon games: Shiren the Wanderer. The latest version in the series is the second one Chunsoft has made for N...Lire toute la critique

The Mystery Dungeon series is a franchise that's been going on since the days of the Super NES – just recently Sega released a remake of one of the original Mystery Dungeon games: Shiren the Wanderer. The latest version in the series is the second one Chunsoft has made for Nintendo, titled Pokemon Mystery Dungeon: Explorers of Time and Pokemon Mystery Dungeon: Explorers of Darkness. The team created two versions of the same game, and more doesn't necessarily mean better. This sequel isn't much of a step up from the first game in the series, which wasn't all that great to begin with. Mystery Dungeon features a distinct gaming style: it's all about randomly generated dungeons in a turn-based, real-time RPG hybrid design. The whole idea of Mystery Dungeon revolves around working your way through a series of multi-level dungeons, with each floor being generated on the fly when you get there. What this means is, potentially, you'll never see the same floor layout twice if you decide to enter the same dungeon multiple times, but since the dungeons are incredibly basic, tiled and angled layouts it's not that huge of a deal. And many times the dungeon generator will create a level that requires no exploration at all – you'll often find yourself placed in a room where you're standing right next to the exit. For the Pokemon Mystery Dungeon series, players enter the world of Pokemon as a Pokemon itself. The story revolves around discovering who turned you into a Pokemon and why. Just like in the original Pokemon Mystery Dungeon, your persona is decided at the start after you answer a series of questions about your personality. Depending on how you answer the questions, you can end up as a Bulbasaur, Skitty, Piplup, or one of a dozen and a half Pokemon in the game. Once you've landed on a mysterious beach it doesn't take long for another Pokemon to show up and join your team – his appearance is to give your character someone to play off of, and to help out in battle. This Pokemon partner is just as important as your own: if you let him perish in the game, it's just as punishing as if you were the one that failed in the dungeon. Just like the original Pokemon Mystery Dungeon, the core gameplay of the sequel revolves around performing jobs that show up on the message board. These jobs are usually rescues or delivery tasks that require players to enter the same dungeon over and over again. As you accomplish more tasks and knock them off the list, you'll drive the story forward and learn more about the mysteries of Time, Darkness, and why there's a team of jerk Pokemon trying to get in your way. 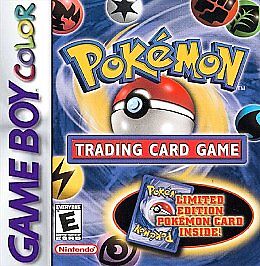 Your goal in life is to become a Pokemon Card Master. In order to do that, you must pick a deck from three starter packs of cards based on Charmander, Squirtle, and Bulbasaur and travel to the eight card clubs and defeat their leaders. Along the way, you will challenge many ...Lire toute la critique

Your goal in life is to become a Pokemon Card Master. In order to do that, you must pick a deck from three starter packs of cards based on Charmander, Squirtle, and Bulbasaur and travel to the eight card clubs and defeat their leaders. Along the way, you will challenge many players to collect new cards and the helpful Professor Mason will aid you by giving you cards as well. While becoming a card master is a laudable accomplishment, the real goal of the game is to collect all of the cards over 200 in all. If you want to collect all of the cards, you must play human opponents in the Pop mode to get a chance to earn rare cards. All of the complexity of the real-world game has been captured here. Play Pokemon Trading Card Game and become a Pokemon Card Master.

It's hard to believe, but it's been nine years since the original Super Smash Bros. brought some of the most iconic Nintendo characters together for frantic battles, and roughly seven years since its sequel Super Smash Bros. Melee was released. Perhaps even harder still to believe--and a testament to the series' popularity and longevity--is that these games are still being played religiously to this day. But no matter whether you're a diehard Smash Bros. fanatic or a neophyte brawler, you'll be pleased to know that Super Smash Bros. Brawl includes a plethora of impressive characters, features, and game modes, and is more accessible and fun than ever before. For the uninitiated, Smash Bros. is a multiplayer-centric series of fast-paced 2D fighting games that features a cast of characters from all over the Nintendo universe. If you've ever found yourself arguing with a friend about whether or not Mario could beat Link in a one-on-one match, Brawl is the game that will let you settle the issue once and for all (the answer of course is that Kirby would eat them both). Characters such as Ike from Fire Emblem, Meta Knight from Kirby, Fox McCloud from Star Fox, Lucas from the unreleased-in-the-US Mother 3 (Earthbound 2), Pikachu from Pokémon, and many more are all on the roster in Brawl, boosting its size up to an impressive 35 total characters--14 of which are hidden and must be unlocked. For the first time, the list of guests includes third-party, non-Nintendo characters such as Solid Snake and Sonic the Hedgehog, and all of them bring their own signature fighting styles and moves to the game.