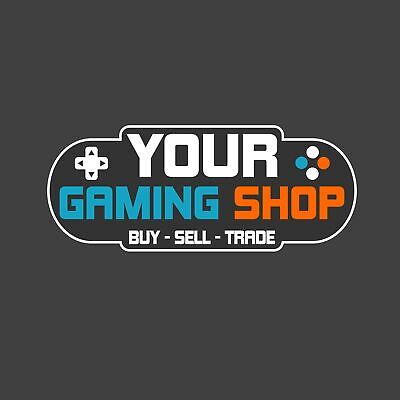 Seriously one of the best games on the system

If you've ever enjoyed the Tony Hawk games, this is the best one you can play. It's a perfect middle ground on the system between 1 and 3 - more technically advanced than 1, in that it runs perfectly smooth and you can do manuals, and not as clogged as 3, which I've found is a bit sluggish and buggy at times. It's one of the best-optimized games you'll find on the system. No matter what kind of craziness you're getting up to, it runs perfectly (with an expansion pack of course). Overall it's a great game. Don't miss it.

Even better than the original, which was nearly perfect

Wow! If you've played the original Tony Hawk's Pro Skater, no doubt you were amazed. Well this one improves on the original ten-fold. First of all, there are three new characters, including two of the godfathers of skate; Rodney Mullen and Steve Caballero (who's base stats are amazing to start with!). Also present is Eric Koston, who was voted best all-around skater around the time of this game's release. Secondly, you now have the ability to create your own skateparks! There are a good number of pieces to choose from and the way things can be linked together is very nice. There are also a ton of pre-made parks in the editor that will give you ideas. Many of these are excellent in their own right and they can also be manipulated. Thirdly, there are a TON of new tricks. All of the ones from the previous game are here, but each player can have two sets of tricks, which can be accessed by double-tapping the grab and flip buttons. This adds an incredible amount of versatility to runs and can help you to have more original lines, which is really important in contest events. Also, the inclusion of manuals is very cool. This means that instead of just normally approaching an object to trick off of, you can manual to it and this gives you constant points. Imagine some of the combos that could be achieved! It takes some getting used to, especially since it means you move more slowly and you have to manually keep your boarder's balance (no pun intended). Fourthly, the new parks are very cool. Marseilles is the one that was included in the demo for the game, so many of you know how cool that park is already. Venice beach is nice, too. It has a lot of vert areas and even some vagrants to ollie over, I kid you not! People might miss some of the original parks, but with the park editor, you might be able to make a reasonable facsimile. Fifthly, there is a create-a-skater mode. While it doesn't add too much to the game, it is still nice to see a skater with your name. On top of all these factors, they've changed the level objectives quite a bit. Now instead of collecting tapes to progress, you must complete certain objectives for money. The money you earn can be used towards buying new boards, buying new tricks (including grabs, flips and specials) and boosting your created-player's stats. Also, as usual, the music in the game is fresh and should appeal to fans of several different styles. The multiplayer modes are standard, but just as awesome as before. Well, I could say more, but what is there to say that hasn't already been said? Activision and Neversoft have really outdone themselves and continue to show a great deal of respect for the consumers. This is an incredible game in every aspect and should be in the home of every video game fan on the planet! HIGHEST RECOMMENDATION POSSIBLE!

I grew up with the n64 version, and to this day it's the only version I've ever played. Back then it was all I knew thps 2 to be, I didn't the know the n64 was the worst port of the game. Music is cut, fmvs are missing in place of in game game play. I think this version benifits from the expansion pack but I've never used one. The game feels a bit slow, I can't really explain it. I would recommend the dream cast version, imo it seems to be the best version. Thps 2x is arguably the best but it's not thps2, it's thps1 and 2 put together. So that one doesn't really count. Also I don't think skater heaven is in 2x. The n64 version is ok, but if you have a ps1 or Dreamcast get that version.

Took what made the first one great, and improved it!

If you need a simple yet addicting game, THPS2 is the way to go. It's as old-school as you'll get for a great 64 game, and I remember many a nights playing this game as a kid just to unlock new special moves for my character. Pro Skater 2 has a simple premise: Complete certain objectives to go onto the next level and earn money along the way to buy new decks, tricks, levels, and alot of other things. Find secrets along the way to get even more out of the great experience and most of all, just have fun! When it came to that, it's perfect here. Pro Skater 2 was just great, and even better than some of the games that have been coming out today for that matter. Sure the graphics aren't anything impressive anymore, but when did that ever stop us from playing Super Mario Bros., am I right? This is also the first in the series where you got to make your own skater and make him the best around. It's great fun to just go around pulling off sweet tricks, landing special moves, and finding secret tapes that you sometimes lose track of the time. Alot of games today have a problem with that, but I never got bored of THPS2. And the multiplayer is awesome! It's way too much fun to get a friend to play this with you and play games like Horse and Trick Attack. I highly recommend buying this if you love the 64. This ones a classic and isn't hard to find or buy anymore. For the great price you get on it, how can you lose?

One of the best games from my teenage years!