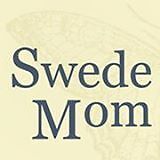 Really Good Movie! One, we just like Nic Cage, a fine actor! Two, wonderful historic mystery that really made you pay attention to the "facts" to keep up with the story line. My entire family enjoyed this flick, even my 5 year old found it entertaining. The wrap up was a little farfetched (like the wooden staircase that wasn't entirely rotted after 200 years!! And let's not talk about the "elevator") but overall really enjoyable. The other actors in the movie were also quite good, especially the bad guy. Unfortunately I don't remember his name but he was also Boromir in LOTR! Very different role here for him which I always enjoy seeing. It takes real talent to make very different characters seem "real". I especially liked the historic aspect and the info about the Declaration, very interesting about how it is kept safe. I would rate this movie a solid B+!

"National Treasure" is a very well-made film, telling a fascinating story, of treasure, history and romance, with a happy ending. Good things about our America, told with great energy. The charming and entertaining team who led the story last time are coming back soon with a new American adventure. The things that draw people to a film are there: great story, quality workmanship in the details, excellent team in the lead roles. The hint of a series of these films is nice. We like that. A delightful prospect! The personality "moments", the fun with Treasure Hunts and Clues, and the wholesome story, somehow were just right. I do not buy a lot of DVDs, and not many Disney ones, now that my children grown and my film "homework" is in other directions, but I just loved almost everything about this film. A "fact-based historical fable" should send family viewers to the libraries, online and off, for exciting, well-motivated learning...because it mixes historical truth with exciting fiction, and can, otherwise, be confusing, and so require parental judgment. I would not encourage it for younger children for this reason, but once the child is old enough to understand that "National Treasure" is a fictional and entertaining story about non-fictional people, places and things...then it does very well. The main male character is an 8-10 year-old, in the opening scenes...his Grandfather says: "you're old enough, I guess." Old enough is the thing. I have watched it in follow-up viewings for Christopher Plummer's great mustache and eye-twinkling love of his Grandchild. Just like my own Grandfather. Harvey Keitel's "What about now?"; Justin Bartha's Chaplin kick, intrepid side-kick-ness, even when his smarts and courage are taken for granted...people love him best; Jon Voight's charming Dad-ness; Diane Kruger is new to me, but I "really" liked her, and Nicholas Cage, I like almost always. The villain in this episode was even a favorite, the famous "Sean Bean". Many entertaining moments in the film are the best - the personalities courageous smart, quick, funny and loving, yet part "Scooby-doo" and "Beavis and Butthead" There are some who criticize such plots, as classic as they are, because they make it attractive to be in a crazy scenario, with some of its motivators morally questionable...Robin Hood, etc. Another point to discuss with your child. That it provokes talk and thought is correct. The gender thing - one female, among all the lead players...but Diane Kreuger handled it well, and was charming, skipped the cheap feminist stuff, and the sex refreshingly subtle and happy ending-ish. An entire film with no offensive language, and no nude scenes. After the film one is happy and refreshed, not a victim of overkill, though little ones might find the exciting treasure hunt and adventurous moments "a bit much". Why did I decide to buy "National Treasure" ? Unique. I did a small artwork, included in a show at the White House, and the film made happy accompaniment when things got surprising, near the end of my work-time on it. The work is archived, my own "national treasure", and I think the film helped my mind with it all, and wind-down afterward. I liked the "Art / Archives" scenes: fascinating and well-done. Will be "on queue" to see the next episode. Do not always like sequels, as a whole - one "expects" in a sequel. A funny unpleasant pressure, sometimes, but will view it once. elle

My Favorite National Treasure movie - the First! I loved it from beginning to end. It kept us informed about the treasure - how it began to accumulate, how it survived and kept hidden, what presidents/rulers and secret society/had a part in it and how it became a national treasure that was sought and found (even at risk of losing life and reputation). The actors were superb! The excitement, challenge, and the solving of codes and mysteries was what I liked best; even having a little love story in the midst. National Treasure is one of the most exciting movies I have ever seen and played by one of my favorite guys... How could one dislike a movie like this? It had it all!!!

This movie is really entertaining; I was sitting on the edge of my seat. We find out immediately that it is a treasure hunt which is very intriguing to me. There is a great deal of action and the movie moves from one area to another very quickly. The main character Ben is looking for clues to the treasure. We find out that he is very knowledgeable about history and antiquities. Then, we find that part of the treasure map in on one of our countries oldest, historical documents. When Ben's original treasure-hunting partner decides to steal this document, Ben takes unusual actions to protect it and find the treasure. Ben's high-tech side-kick adds more interest and humor to the movie. In their search for clues, they meet Abigail, who is officially in charge of this precious document. Ben, Riley and Abigail race to find the treasure and keep it out of the wrong hands. They are often only step ahead of those bad guys and sometimes the FBI. There are several surprises as they solve the clues and search for this "national treasure". I thoroughly enjoyed this movie. As an action movie it really delivers and Nicholas Cage does an great job. Some would say that parts are a little unbelievable, but in action movies don't we suspend belief a little and feel like we'd like to be there and maybe we are in spirit. It's great fun!

National Treasure Is A Genius Film For All Ages

National Treasure is a genius film for all ages. Nicholas Cage has yet another great starring role as he tries to steal the Declaration of Independence to finally figure out if there is a treasure map on the back of it. Althought he would love to know for his personal interest, he takes it from Washington D.C. so that his enemy does not, therefor "protecting it" This is a great film, intense, and has funny parts here and there. X marks the spot to purchase this DVD