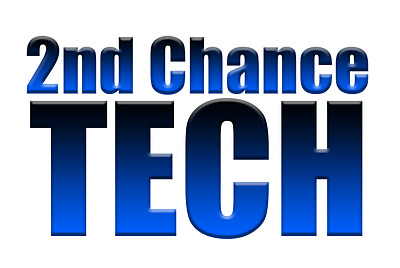 Customers outside of North America, Please request shipping quote if Ebay does not auto calculate to prevent unexpected shipping fee's.

By Far The Best GH So Far, Some Drawbacks

In the next great rage in the music gaming industry, there was DDR, Karaoke Revolution and Get On Da Mic just to name a few. Guitar Hero is the newest musical hit that seems to have taken the world by storm selling 5.9 million copies so far. Wanna test out your Rock star skills? Think that you have magic hands and can complete with the world’s greatest guitarists? Graphics – 4/5 Not enough has changed to from previous GH titles to be amazed, sorta like the Sports games differences between the 07 and 08 games are slight game engine upgrades with roster and stat changes. Though there are some notables I have to report. Crisper details and easier to use menu setup. The game is visually stunning compared to the previous titles. The characters are more textured and the cinema scenes are engaging. Between sets, you are subjected to an animated scene in which you receive an invitation to play at the next venue. Gameplay - 3/5 I have some bone to pick with the way the controls were setup, mostly with how the tabbing of the songs. I found on Easy mode to have more difficult song tabs then Expert mode, while Expert mode seemed dummied down. Then there’s the battle system to take into account. You go and battle against the greats of the Rock world. Some of them seem too easy even on Expert mode they seem like it’s still on Easy. .There’s single, Career, Co-Op ,two player Co-op, Battle and Online play. Replay value is through the roof. Soundtrack - 5/5 Let me break it down for ya, there’s 71 playable songs - 46 of which are "main setlist" songs, while the remaining 25 are "bonus tracks." In total, 51 of the game's songs are master recordings (the highest total of any Guitar Hero release). The soundtrack features such songs as The Rolling Stones' "Paint It, Black", The Smashing Pumpkins' "Cherub Rock", Beastie Boys' "Sabotage", Tenacious D's "The Metal", Weezer's "My Name is Jonas", Muse's "Knights of Cydonia", Kiss' "Rock and Roll All Nite", Alice Cooper's "School's Out", Foghat's "Slow Ride", Metallica's "One", and Heart's "Barracuda."[32] It also features re-recordings of the Sex Pistols' "Anarchy in the U.K." and Living Colour's "Cult of Personality" specifically for Guitar Hero III, as the original master tracks could not be found. Downloadable songs are always a plus, but it comes at a price either money (About $6.00 a song) for Playstation or 500 Microsoft points for X-Box. As well as free Battle Trail packs. Overall, this game hits the mark and just alittle bit above. With awesome classic songs (But there could have been more) even though downloads will expand this, and the graphics on par, only the difficulty level really needed some tweaking.

I recently got both Guitar Hero III and Rock Band... Short story... Rock Band wins, hands down. Long story... Guitar Hero III does have some stuff I like about it more, as well as different songs than Rock Band. For as cheap as it can be found by bargain shopping, it's worth it. If you were to buy it new in store (IE BestBuy, Target, etc) it would not be worth it, but for $20, hell ya! Graphics look very cartoony (esp compared to Rockband) Gameplay is identical besides interface (and other equip in RockBand) NO Character customization (outside of premade outfits for premade characters) Don't get me wrong, I loved GHIII until I got spoiled by RB Im summation... worth "bargain shopping" price, not worth retail price (If you are on a tight budget, this may be the way to go as I just dropped $158 on RB *SE Set* and $55 on GH *Wireless Guitar and Game*) *On a side note, I like the GHIII Wireless Les Paul controller FAR MORE than RB's Fender (father-in-law likes Fender more due to bigger fingers)

Prepare to lose track of time

You wouldn't have been wrong to come into Guitar Hero III: Legends of Rock with some sense of trepidation. With original Guitar Hero developer Harmonix off the project and Tony Hawk creators Neversoft now on board, it would be fair to wonder if anything that made the wildly popular rhythm game franchise so awesome would be lost in the shuffle. The good news is that Guitar Hero III is Guitar Hero through and through. The core gameplay that fans love hasn't changed outside of some basic tweaks, and the long and varied tracklist is the best of any game in the series to date. If there are any chinks in the armor of this sequel, it's that some of the newer mode additions and a few odd design decisions do more to get in the way of the fun than anything else. Likewise, the extreme difficulty of some of the game's more severe songs might end up turning off newer players. Those issues aside, it's hard to argue with what Guitar Hero III offers from a content perspective, especially if you're a longtime fan of the franchise.

"Guitar Hero III" As you can see this is a part 3 so you know if you liked the first 2 this new one can’t be all that bad, in fact I think it is a vast improvement over the first two. So here’s the low down on Neversoft and Activision's smash hit Guitar Hero III Overview Guitar Hero III is sort of the Godfather to all rhythm based games despite the two that came before it, with 45 killer tracks on disk and more down loadable tracks then you can fit on your hard drive there is sure to be something for everyone in this game of fast finger skills. Gameplay - 8.5/10 With Guitar Hero III being the master of game play options such as solo career, lead and bass, and several types of online play the game play here is outstanding to say the least but can get more then frustrating when you make your way to the higher skill levels, so as Hobb's and DJB have told me "practice practice practice". the one and only down side I can find with the game play is it seems to be a bit too picky with button press timing and will leave you feeling as if you should have had the note and the small fact that no matter how fancy your whammy bar work is it will net you no score or bonus at all. Graphics - 9/10 Since this game was going for more of a cartoon feel I got to say they did a top notch job here and the only thing that I feel was needed but never made the cut was the ability to make a full on custom character but I guess you can’t have it all, in no way do I feel this took away from the fun of this game so don't let it keep you from giving it a go Sound - 9.5/10 With a huge pile of tracks and the ability to turn down the rest of the band so you can hear the scream of your guitar loud and clear you know this game has it ware it counts in the sound department and since it is a rhythm based game you know they put in overtime on the sound here. From time to time when playing split screen co op you may notice the sound of one player over taking the other but it’s not a real problem over all as it’s not a constant thing. Overall - 8.5/10 I feel this is by far the best guitar game on the market when you exclude the full band style games like GH world tour or Rock Band and is a must have for any Xbox 360 owners collection and if you’re in it for the gamer score you might want to look somewhere else since I found this game to be one of the most challenging games I have ever played. So what are you waiting for, go get it and get to rocking out now.

Guitar or not to Guitar?

I got this as a gift. I never really got caught up in the hype of this hype machine. I know it's the best selling game ever and such but I still don't see the hype. It's a fun game to play if your having a party or as a bonding game with your loved one. It's fun to play for awhile but after awhile the game grows tedious and very repetitive. I'm not much into playing guitars and such so i'm a bit biased I suppose. The tracks that come on the game are great if you enjoy rock music. You'll enjoy playing along with the music and become frustrated as well. It takes awhile for you to get used to using your fingers in a cordinated manner but after a hour or so you'll be playing along. I would recommend this for people who enjoy the Guitar Hero series or looking for a game to play with a bunch of your friends.